What is FND – Functional Neurological Disorder? 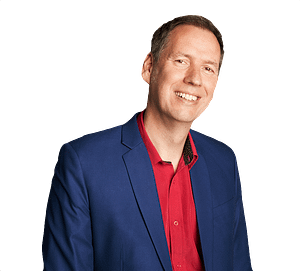 Dr Phil Parker, lecturer and researcher at London Met University and creator of the Lightning Process.

FND – Functional Neurological Disorder is a complex and disabling disorder that is the 2nd commonest reason for people attending neurological outpatients clinics. It has similar effects on quality of life and disability as Multiple Sclerosis, Parkinson’s disease and epilepsy but medicine has had some issues over the years in understanding the condition and helping those with it.

What do those experiencing Functional Neurological Disorder (FND) often encounter?

The big problem initially facing doctors, and sufferers, was that on examination no signs of physical damage to the nervous system could be identified. This led to the assumption that the symptoms were not real and the prescribed treatments, therefore, were psychiatric approaches or, even worse, to just to ignore them. The Freudian idea of conversion- where unresolved inner emotional conflicts express themselves in physical symptoms- led to those with FND being described as having ‘conversion disorders’, a phrase that is still sometimes used but is thankfully falling out of fashion.

A new horizon for those with FND

New ideas of how to understand this illness began to flourish with the advent of the home computer. Suddenly there was a familiarity with ideas of hardware and software. The understanding that even if the hardware were physically sound a computer would not work properly if the software had a glitch, bug or virus allowed for a new conception of the illness. MS and Parkinson’s disease had issues that could be identified in the hardware (the basic structural integrity of the brain). FND seemed more like a software issue, invisible to simple physical examination of the hardware, but just as problematic.

This new approach freed up physicians from needing to identify structural/physical/anatomical defects and to start to consider approaching the patients in a more holistic manner. Central to this was the idea that there was a problem not with the nerves, but in the way signals were being processed in those nerves. This is actually very similar to the case of some of those with chronic pain where the original injury has now disappeared but the experience of pain is still very strong due to issues with the processing of signals in the nervous system (see CRPS and phantom limb pain)

Recent advances have suggested that this model may need further nuancing as the advent of new technology has shown some structural/physical/anatomical defects in cases of FND. It may be that the physical components of the illness were there all along, we just did not have the technology to identify them.

These new understandings of the condition help to suggest approaches, especially those which look at signal processing, help to reset the nervous system or calm down thoughts and pathways.

You can watch a video of me talking about FND in more detail:

If you’d like to find out more about my journey from severe neurological trauma to designing the Lightning Process please visit here.

To find out more about the Lightning Process call 07930 289 671 or email info@philparker.org