Research into the Lightning Process

There is a growing amount of published research on the Phil Parker Lightning Process® (LP) with 12 clinical studies by 2018.  Research is important for providing clarity about the effectiveness of interventions, but it often takes years from designing a study, to ethics aproval, funding, running a project, analysing the data and writing and publishing the results. And for many the results are often written in an academic language that is difficult to understand. 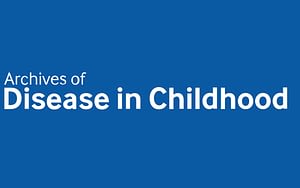 The ‘Smile’ trial; a RCT run in conjunction with the NHS and the University of Bristol

Two papers had previously been published on this study and you can find a link to them both here:

1. The feasibility and acceptability of conducting a trial of specialist medical care and the Lightning Process in children with chronic fatigue syndrome: feasibility randomized controlled trial (SMILE study) 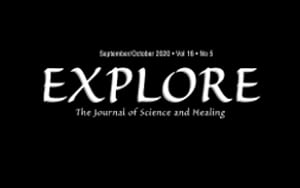 A systematic review of the Lightning Process In Explore Journal

A systematic review of the evidence base for the Lightning Process

First systematic review into the Lightning Process.
Found a variance in quality of studies from good to fair and in reported patient outcomes.
All studies evidenced a level of benefit from the intervention, commonly for majority of participants.

Results: Statistically significant improvements were documented for all the patient-reported outcome measure (PROM) questionnaires comparing the pre-and post-intervention periods. In interviews, participants emphasised that they now experienced both less fatigue and explicit improvement in their energy level and that the LP had not worsened their health or caused them any negative side effects and that they were satisfied or very satisfied with the intervention.

The researchers noted that ‘The reductions in the participants’ total fatigue scores were remarkable, since no changes in their overall level of fatigue, as subjectively expressed by the participants themselves, were reported over the preceding years.’

Results: While overlaps with SMC approaches were identified, and CBT-F in particular, distinct elements of LP were its focus on language style, neurophysiological rationale, affective/physiological change technique and mode of delivery.

Review of the Lightning Process approach to CFS/ME in JEP

‘Understanding the Lightning Process Approach to CFS/ME; a Review of the Disease Process and the Approach.’

Conclusions: This paper resolves the identified gaps in the research and clarifies the hypotheses behind this approach, which has been identified by the evidence base as providing successful outcomes for some. It is hoped this clearer understanding of the approach will assist researchers, clinicians and those with this disabling disease to identify some additional options for potential recovery.

Overview: An independent study, published in 2012, found that of the 9 participants with CFS/ME “7 were satisfied and were much improved.

‘Evaluation of a treatment strategy’

Conclusion: A structured cooperation between doctor and LP instructor has contributed to significant pain reduction and improvement in the quality of life for nine of the twelve youngsters in the project.The remaining three participants had not noticed any effect, either positive or negative.

Abstract: The interim data shows that the LP provided benefit to all participants and there have been no incidents of negative effects.  The data suggests that it would be worth pursuing a full Randomised Controlled Trial

“The Proof of Concept study, although being in a small number of subjects, has produced some encouraging and worthwhile results over the 12 month period following participation in the Lightning Process.  They indicate that the Lightning Process provides measurable benefits to those with MS and suggests that further larger randomised studies would be beneficial to investigate the role the Lightning Process plays in the well-being and quality of life of MS patients.” MS-UK October 2014.

This mixed methods research project evaluated The Rediscovery Process (a version of the LP for alcohol and substance misuse). It was run in conjunction with London Metropolitan University and has now been completed and published. It consists of:
A preliminary RCT

The indications are that the LP is making a significant positive impact, resulting in increased health status at 6 weeks, persisting at 3 months, and demonstrating improvements in all areas that were covered by the RAND SF36 questionnaire.

Overview: The snapshot surveys were completed by 1297 people who attended a Lightning Process seminar, in a variety of locations throughout the UK and Norway, between January 2007 and May 2010.

Results: 81.3% of clients report improvement after the LP course.  Read the full survey here and the survey focused on CFS/ME here.

A UK based charity survey (N = 4,217, female = 78% age range 11-66), asked respondents about their experiences of managing their ME. Perceptions of using 25 different approaches, including standard approaches, such as Cognitive Behavioural Therapy (CBT) (n = 997), Graded Exercise Therapy (GET) (n = 906) and the LP (which was the third least used of the approaches, n = 101) were rated on a Likert scale.

The survey found that the LP received the highest percentage out of all the 25 approaches for those feeling they had ‘greatly improved’.

Results: In this study the LP was identified as the ‘most helpful approach’.  In this survey of 457 members, tracking their experiences over two years, 44% of the society’s members found the Lightning Process “very helpful” and 36% “reasonably helpful”.

We use cookies to ensure that we give you the best experience on our website. If you continue to use this site we will assume that you are happy with it. Ok
Go to Top